By Shoummojit Roy on June 14, 2012 in Integumentary System

It refers to the angle between the base of the nail and the nail itself. In healthy individuals, this angle equals to or is less than 165°.

As aforesaid, it is an angle and not a physical structure. It is only an angle between the nail plate and the adjacent skin fold when watched from the radial aspect.

The significance of this angle is only established in case of disorders like “Finger Clubbing.” If the angle is found to be greater than 180°, a clubbing of the fingers is suspected. In such cases, a Schamroth’s Window Test has to be conducted to confirm the disorder. Under normal circumstances, a diamond-shaped window is formed if two opposing fingers are positioned together. In case of clubbing, this window does not appear and there is widening of the distal angle created by the two nails. This is regarded as the “Schamroth’s Window Test.”

Take a view of this angle with the aid of these assistive images. 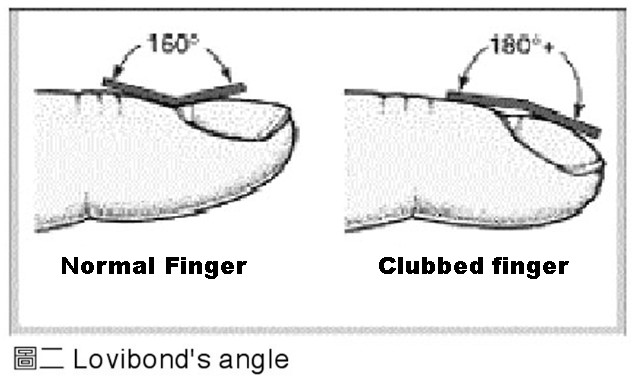 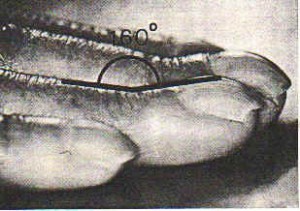