By Anirudh Agarwal on September 15, 2017 in Nervous System

What is Parietal Lobe?

The human cerebrum is anatomically divided into a number of lobes, which are regions marked by specific points and are known to be associated with certain functions and processes that they either influence or completely control.The parietal lobe is a lobular area located in the cerebral cerebrum (also known as the cerebral cortex) of the forebrain.

Where is parietal lobe located?

The parietal lobe is located near the anterior, central end of the cerebrum, seen behind the foremost lobe called the frontal lobe and situated on top of the temporal and occipital lobes. There lies a sulcus, a depression or fissure separating it from the frontal lobe known as parieto-occipital sulcus, while the lateral sulcus called Sylvian Fissure separates it from the temporal lobe. 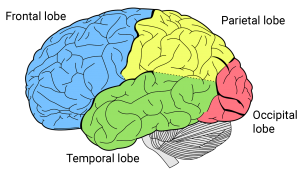 What are the important structures of parietal lobe?

Being divided into the left and right hemisphere, the cerebrum incorporates the parietal lobe at both the sides. It has some distinct structures playing key roles in brain functioning. These include the following:

Function – What does the parietal lobe do?

Known for its sensory perception and integration, managing taste, hearing, smell, touch and sight, the Parietal lobe accounts for the chief sensory area of the brain. The more sensory information the body gains, the more amount of gyri and sulci are present in the lobe. Some functions that the parietal lobe carries out are listed below. 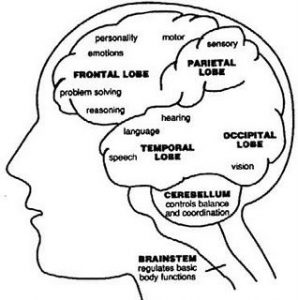 How is the parietal lobe associated with other regions of the brain?

Researchers have found out the relevant evidence to prove that there are many such areas in the brain, which work conjointly and in coordination with other related regions. The parietal lobe relies on an array of sensory inputs from different parts of the body. It also sends and receives signals relayed from other regions of the brain. The occipital and parietal lobe work together for visual perception, spatial orientation, navigation, and logic. Damage to one region may effect relay of signals to other, coordinating regions. 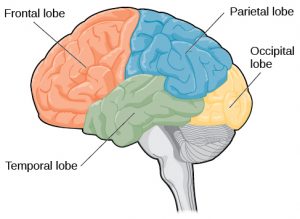 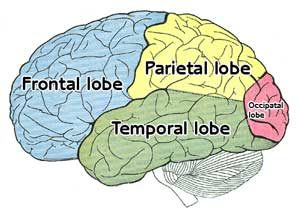 What are the effects of parietal lobe damage?

The parietal lobe is burdened with a huge number of functions it is responsible for. Hence, it’s damage can lead to irreversible consequences. The prognosis depends on the site of damage, how severe the injury is and if treatment is possible or not. The care may include occupational, speech or physical therapy. Proper diagnosis and treatment allow other regions of the brain to compensate. Focus on a healthy lifestyle and continuous exercise may aid in better chances of recovery.  Listed below are 3 specific syndromes commonly found in patients fighting parietal lobe damage.