By Shoummojit Roy on January 1, 2013 in Female Reproductive System

It refers to a round, cord-shaped thickening of the part of the human body known as the broad ligament. It is also referred to by other names, such as proper ovarian ligament and utero- ovarian ligament.

It is not be mistaken for the suspensory ligament of the ovary, that stretches out from the ovary in the opposite direction.

It is situated at the lower end of the broad ligament, where it connects to the uterus. It is particularly situated in the parametrium.

It comprises of fibrous and muscular tissues.

Along with the rest of the ligaments of the ovary, it attaches itself to the ovary and aids in holding the organ in position.

Take a look at these useful images to know how this structure appears to view. 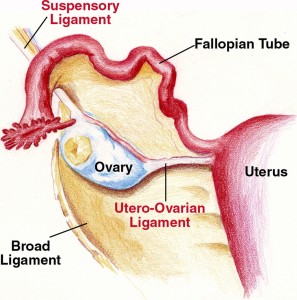 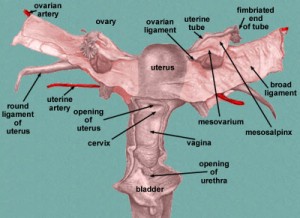