By Shoummojit Roy on April 6, 2012 in Skeletal System

What is Pterygoid fovea?

The pterygoid fovea (occasionally called pit or depression) is a concave surface on the uppermost medial (anteromedial) side of the ramus, which is the posterior section of the mandible that is somewhat vertical. The structure is rough and shallow in appearance.

The structure is often mistaken for the Pterygoid fossa of the sphenoid bone.

It is also known by various other names like

In Latin, it is known as “Fovea pterygoidea”. The French term for this structure is “Fossette ptérygoïdienne”.

The name of this physical structure comes from the fusion of two Greek and Latin terms. The word “Pterygoid” originates from the Greek term “pteryx” standing for “wing” while “eidos” signifies “shape”. Fovea has a Latin origin and is derived from the verb “Fodere” meaning “to dig”. 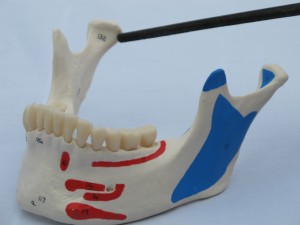 This depression is situated in a position below the condyloid process and behind the mandibular notch. 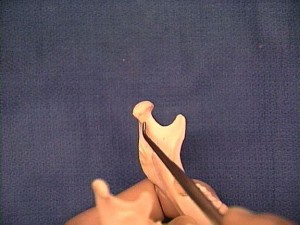