By Shoummojit Roy on September 14, 2012 in Nervous System

What is Transverse temporal gyrus?

It refers to a gyrus or convolution that can be found in primary auditory cortex situated inside the lateral sulcus of the Brodmann regions 41 of the human brain.

It is also known by other names, such as:

The reason behind such names is the fact that this convolution was first described by Richard L. Heshi, an Austrian physician, and anatomist.

As aforesaid, it can be found in the brain of humans.

It is the first cortical structure that is involved in processing incoming auditory information.

This convolution is distinct in the sense that they run towards the middle area of the brain, in a mediolateral way. This is unlike the dorsiventral, or front-to-back manner, in which all other gyri of the temporal lobe run.

The Transverse temporal gyrus is active at the time of processing of sounds for tone and semantic tasks under fMRI.

These carefully chosen images would help you understand the physical appearance of this convolution. 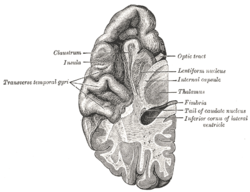 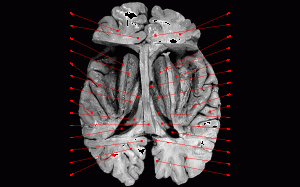