By Shoummojit Roy on April 12, 2012 in Skeletal System

It is a curved cavity or pit of the temporal bone of the skull. There are two such types of depressions, one on either side of the skull.

The pit is located at the mandible, which is commonly regarded as the lower jaw. This explains why it is known as “Mandibular Fossae”. The cavity is also known as “Glenoid Fossa” due to its lack of depth or shallowness. 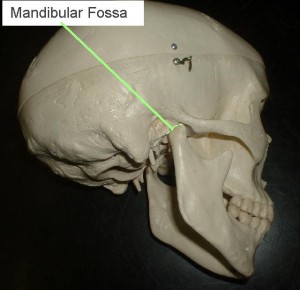 It is also known by many other names like:

It is also known as “Fossa mandibularis” in Latin and as “Fosse mandibulaire” in French. The word “mandible” was originally derived from the Latin verb “mandere” which means “to chew”. The term “Fossa” comes from another Latin word “fodere” meaning “to dig”. Taken thus, the word “fossa” actually indicates a hole, trench or ditch.

These cavities are located at the base and sides of the skull and can be found in the internal structures of the ear known as “Temporal bones”. Mandibular fossae connect the natural projections of the mandible.

This is the smooth concavity that takes form on the surface of the anteroinferior position of the squamous temporal bone. Considered transversely, it is wider in its length than when measured in an anteroposterior way. This fossa gets the condyle of the mandible. It also creates a projection at its posterior border, known as the post-glenoid tubercle. It is bordered by the articular tubercle in an anterior direction.

The boundary of Mandibular Fossa’s appears as a rounded projection in the anterior part. It is filled with a cartilage known as “Eminentia articularis” or “Articular tubercle”. The posterior boundary of the fossa acts as the tympanic section of the temporal bone. It is a curved bony structure that separates the mandibular fossa from the External Acoustic Meatus (popularly known as the ear canal) or External Auditory Meatus. The fossa is divided from the center by the petrotympanic fissure, which is a fissure of the temporal bone. It is also known as the Squamotympanic fissure or the Glaserian fissure.

The mandibular fossa, as part of the Temporomandibular joint (TMJ), is indirectly associated with two forms of movement related to the joint through the association between the lower jaw bone and the temporal bone. These motions are:

Some of the other primary activities of the fossa are listed below:

The main function of mandibular fossa is to enable you to chew or masticate whatever you consume. Damage to this, therefore, causes issues with eating patterns, which in the long run proves to be a complicated problem. The above-mentioned boundaries that are associated with the mandibular fossa may get affected if any damage is done to it.

Direct trauma to the mouth region or exaggerated yawning may lead to the dislocation of the temporomandibular joint, or TMJ. In this scenario, the mandibualar gets positioned anterior to the articular tubercle, which does not allow the mouth to close. However, this situation can be controlled if the lower jaw is pressed properly.

Here is a collection of Mandibular fossa photos that will help you get a visual reference to this physical structure. Take a look at these Mandibular fossa images and know how this cavity looks like. 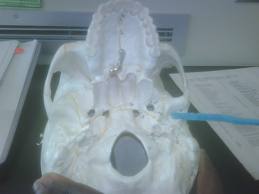 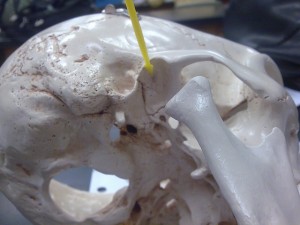