Angle of His Definition

It is also known as the “His angle”.

Angle of His Anatomy

The angle is formed by the fibers of collar sling and the circular muscles surrounding the gastro-oesophagal junction.

Angle of His Function

The exact function of this acute turn is unknown. However, it is supposed to create a valve along with the Lower Esophageal Sphincter (LES), the ring of muscles located at the base of the esophagus. This valve prevents reflux (backward flow) of stomach acids, enzymes, and duodenal bile into the esophagus. This helps avoid inflammation of the organ (esophagus).

In infants, this angle is usually undeveloped. The oesophagus is found to make a vertical joint with the stomach. Due to this reason, it is common to note regurgitation (reflux) of stomach contents in infancy.

Angle of His and LES

The angle works along with the LES and allows smooth passage of foods from the esophagus to the stomach without flowing back into the esophagus. The LES creates a firm, physical barrier which acts like a seal and builds up more pressure inside the esophagus. In this way, it stops the regurgitation of stomach contents and further reduces stomach backflow. A normal, acute turn in the His angle supports this reflux-prevention system by narrowing the aperture between the stomach and the esophagus.

Angle of His Disorders

Although this physical angle is suspected to be a cause of many conditions, it is tough to affirm an association between the Angle of His and the disease. Some doctors suspect the severity of some conditions to have a relationship with the degree of the turn that the Angle of His makes. This includes disorders like Dysphagia, pediatric GERD, and Gastroesophogeal Reflux disease (GERD). Such conditions are thought to be aggravated by the degree of the turn in the His angle.

GERD is characterized by the backflow of the contents of the stomach into the esophagus, which gives rise to pain and burning sensation in the chest. In infants, particularly premature babies, the His angle has an obtuse bend. The turn is not as sharp as in adults, which contributes to pediatric GERD. As newborns grow up, the turn in the angle becomes acuter. This often makes the regurgitation subside. In adults, GERD is generally attributed to a poor constriction of the Lower Esophageal Sphincter (LES). However, it may also worsen due to an obtuse turn in the His angle. This leads to a larger opening between the esophagus and stomach.

Dysphagia is a condition that leads to pain or difficulties in swallowing or a total inability to swallow. The problem results from any of these two causes:

An acute turn in the His angle necessitates greater force to move the food particles around the sharp bend formed by it. This may exacerbate the failure of the LES and cause Dysphagia.

Angle of His Pictures

Here are some photos of Angle of His that will be useful if you are looking for a reference. Take a look at these Angle of His images to find out all about the physical appearance of this angular structure. 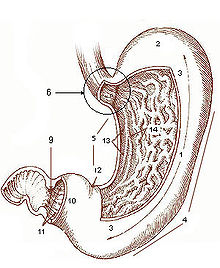 Picture 1 – Angle of His 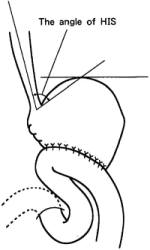 Picture 2 – Angle of His Image