By Shoummojit Roy on September 19, 2012 in Male Reproductive System

It refers to a thickening of the superficial fascia that stretches from the linea alba of the wall of the lower abdomen. In other words, it is a band of fibrous and elastic fibers that blends with the fascia which surrounds the penis.

It is superficial to the structure known as the Suspensory ligament. It runs from the pubic bone level, moves laterally around the sides of the male penis and finally joins at the base of the penis prior to meeting the septum of the scrotum.

Here are a couple of images that would help you get an idea about the physical appearance of this structure. 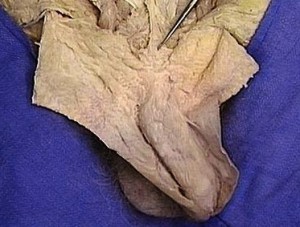 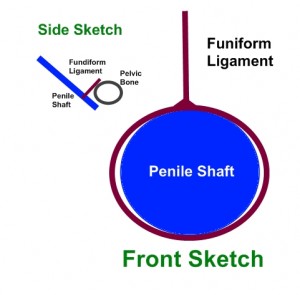