It refers to a thick, fibrous connective tissue joint found in the posterior area of the skull which links the parietal bones with the occipital bone. The structure is also called as Lambdoidal Suture and is consistent with the occipitomastoid suture. 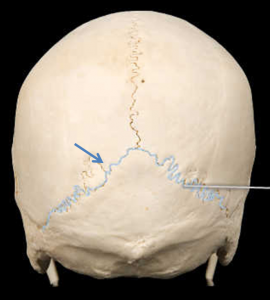 This suture is derived from the Greek letter which means lambda.

This structure is created by the parietals and the interparietal portion of the occipital. It broadens from asterion to asterion.

Diastasis of this structure is considered present when the suture expands more than 1.5mm in measurement or where a difference of more than 1 mm is observed between the right and left halves.

Quick closure of this suture on one side often gives the skull a deformed or twisted look. The shape of the skull is termed as Plagiocephaly and the condition is called as Craniosynostosis.

The condition is seen in four different forms, the one developing in the lamboid suture being referred to as Lamboid synostosis. It is the premature fusion/ closure of the suture. It is quite uncommonly seen in people.

This type of Craniosynostosis leads to the flattening of the back of the head, the side where the suture is fused. Due to the condition, the ear on the affected side appears to be more displaced backward and inferior compared to the ear on the other side, which is unaffected. You can see a Neuro-Ophthalmology to check if the brain is affected, which is rarely the case. If needed, the doctor may suggest neurosurgery and craniofacial surgery to test the status of the medical condition. 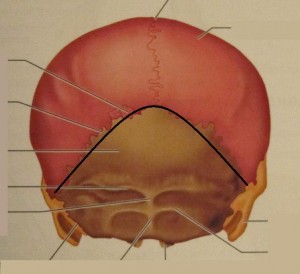 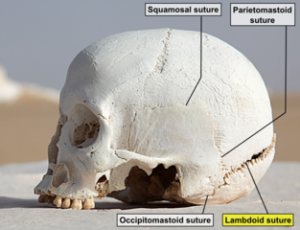 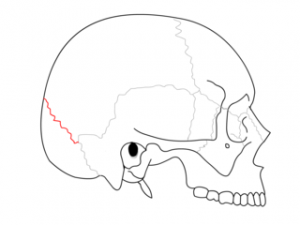 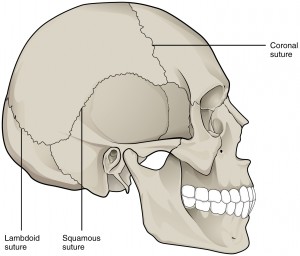