By Shoummojit Roy on July 5, 2012 in Muscular System

It refers to a large muscle upon the skull of humans that extends to the back of the head from the brow.

It comprises of two bellies or sections:

The muscle is also known by the names

In Latin, it is known by the names Venter frontalis and Venter occipitalis.

The muscle originates in the frontal belly region. It arises from the fascia over the ridges of the brow.

It is located on either side of the vertex of the skull.

The occipitofrontalis’ occipital belly receives the supply of blood from the branches of the occipital arteries and the posterior auricular.

It helps the frontal and the occipital belly to draw back the scalp which aids in raising the eyebrows and forming a wrinkle over the forehead.

In human beings, it is only needed for facial expressions. In apes, this strong muscle is required to pull back on the skull.

The conditions that can affect this muscle include:

It usually occurs in either the occipitalis or the frontalis. In the latter case, the pain is in the forehead while in case of former, the moderate pain is experienced at the back of your skull. The pain in the skull’s back is referred to as suboccipital and is quite severe in intensity. The pain, sometimes, affects the back of the eye. In fact, the pain is so severe that it appears to be a stroke in some cases.

Take a look at these useful images to know how this muscle looks like. 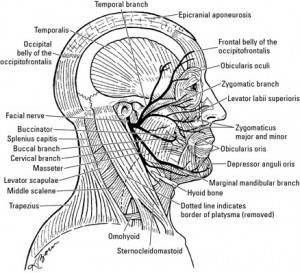 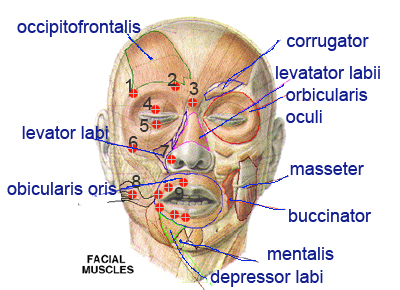