By Anirudh Agarwal on April 5, 2018 in Digestive System

Evolution of human beings has been quite a long journey, especially with the changes in the anatomy of the human body. Moreover, as the Homo sapiens are the topmost species in the evolutionary chain, their body has adapted to survive even in harsh conditions. As this evolutionary process has witnessed the development of many organs, it has also seen the shrinkage of certain organs to the extent that they have turned functionless.

Charles Darwin, the Father of Evolution, stated in his theory of Darwinism that those organs, which are utilized over generations, will ultimately shrink and loses their functionality with evolution. He stated these type of organs which were once active in the ancestors but not in the concerned species as a vestigial organ.

Vestigial organs are those, which have been rendered rudimentary in a particular species but were functioning and active in lower order organisms. In human beings, many organs have become rudimentary and small in size. Appendix, coccyx or the tailbone, wisdom teeth, pinna of the ear, plica seminaries (a remnant of the initial membrane), etc are the vestigial organs that can be found in human anatomy.

Out of these, vermiform appendix is an important and most considered vestigial organ.

The vermiform appendix is the inferior extension of the cecum of the large intestine. It is a blind pouch-like structure that resembles a worm, hence the name ‘vermiform’. 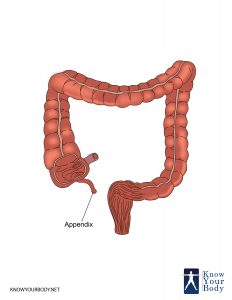 According to Darwin’s theory, it is stated that the appendix has evolved from the lower class mammals. He also stated that during the evolutionary process, it was rendered functionless. However, recent studies have revealed that there is a controversy regarding the origin of the appendix and also the vestigiality of the organ.

According to the embryology, appendix develops from the midgut loop of the embryo.

The vermiform appendix though declared by Darwin as a rudimentary and functionless organ, scientists recently discovered that it indeed play an important role other than digestion. 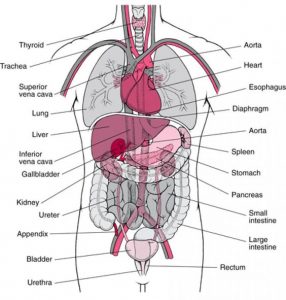 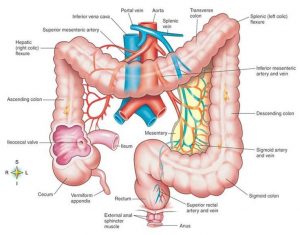 This is a condition where the appendix is infected and the peritoneum layer starts inflaming due to the infection. The pain starts from the right side of the abdomen mildly and continues till the McBurney’s point. External pain in the skin is rare and does not occur until the inflammation is severe. Normally fever is the main symptom because of the immune response to the infection. The infected appendix is removed via surgery known as an appendectomy.

What are the initial symptoms of appendicitis?

A mild pain that starts near the belly button and slowly migrates towards the right part of the abdomen often characterizes appendicitis. Other symptoms include nausea, fever, vomiting, loss of appetite, etc.

Does the pain of the appendix inflammation come and go?

Appendix pain can be irregular but once the parietal peritoneum is infected, the pain becomes constant and increases in intensity.

Can one have back pain in appendicitis?

Though the condition is rare medical reports have revealed that some people experiencing back pain have been diagnosed with appendicitis.

No, appendicitis is an internal infection and is non-communicable.

What side of your body is appendix located on?

Appendix is located on the right side of your abdomen.