These are lymph nodes located in a position superior to the clavicle.

There are two types of these nodes. One of these is located on the left side and another on the right side.

These drain the lymphatic fluid from the head and the neck regions. The nodes are involved in filtering lymph fluid in the human body. The left Supraclavicular Lymph Node helps in the drainage of lymph of the thorax and the abdomen, through the thoracic duct. The right node is involved with drainage of lymph of the lungs, mediastinum, and esophagus.

These nodes often suffer enlargement due to various factors, such as lymphoma, thoracic cancer, retroperitoneal cancer or even less concerning cases like a bacterial or fungal infection. Doctors usually look out for signs like hardness, enlargement or change of color of these nodes to diagnose such problems. They also look for other signs of the disorder, such as fever, night sweats or weight loss.

Take a look at some pictures of these lymph nodes to know how they appear to view. 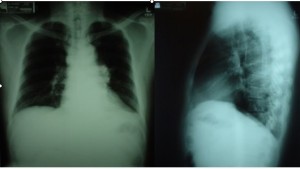 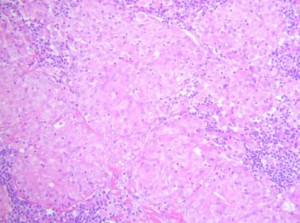